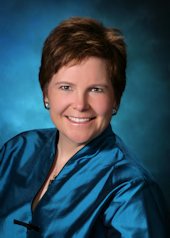 Sometimes I joke that “I just want things to work properly”, like the Dyson Vacuum inventor.  For me, working properly means that teams and organizations have been carefully designed to deliver the outcomes they believe in.

I often work with people and groups who describe their services in the language of outcomes such as, “We create effective teams” or “We help people become full participants in the community” or “Our [city, town, county] is the best place to live, work and play.” I believe in these things too, but believing isn’t enough.

My mother’s legacy to me was a powerful personal commitment to justice, equality and diversity, which has informed my life and my career as a lawyer, community developer, municipal manager and consultant.  However, throughout my career, I have often found that despite our best intentions, our aspirations don’t materialize because we neglect the critical work of organizational design, policy, process and accountability that enable our beliefs to come true.

Admittedly, I’m not an expert in the service you provide; I don’t plow snow, write code, counsel youth, nor can I explain cyclonic separation like James Dyson. But I am an expert in helping you see your organization strategically from the angles of process, policy, input, output and delivery, so you can provide the best services to your clients and citizens.

If you think this sounds a bit boring or process-bound, some of my greatest insights have come from conversations at coffee shops with municipal gardeners, rides in snowplows with maintenance workers, visits to conversation circles, rockin’ with newcomer youth groups, or while taking in the bravado of front line staff whose passion for their work was palpable, and who were afraid that change would hurt their vulnerable clients.

I believe what you believe, that our communities can be just, safe, open, accessible and effective. That’s why I bring a lot of passion and energy to helping people and groups map the pathway from their hopes and dreams through to a strategy and action plan to make those dreams a reality.  (Honestly, I’ve even been told I can make policy writing interesting.)

Other consultants can tell you what you need to do, I believe in teaching you how to do it.